For those of you in relationships, situationships and maybe even marriages, at one point or another, the circumstance has likely arisen where one of you is in the mood for sex but the other isn’t. The million-dollar question is: what to do when that happens? Well, there’s no simple answer. However, if we take a moment to entertain each other’s position, maybe, just maybe, we can establish some possible solutions.

Before we tackle this subject, let’s take a moment to identify the individual reasons why each sex craves this raunchy activity in the first place. Although both parties desire it, their reasoning can be quite different.

Why do men want sex?

Men tend to pursue sex, a lot. But, the rationale as to why is often misunderstood or no attention to given to it at all. From a physiological standpoint, sex is a very healthy activity for everyone. It burns calories, reduces stress and has even been found to lower the risk of cancer (it’s true, Google it). Nonetheless, due to high testosterone levels in men, they are likely to crave sex quite often. More so, seeing as how testosterone is a hormone, it explains why they have such cravings. On the opposite side, if men’s testosterone levels happen to be low (usually due to illness or such) their cravings will be reduced.

From a psychological standpoint, a theory suggests that men also have a basic instinct to mate. Much similar to the ‘king of the jungle’, men have a natural inclination to mate with as many women as possible, as a way of establishing their dominance. And no, this does not give you an excuse to cheat on your girlfriend or wife.

What do you do if you want sex but your lady doesn’t?

For the more experienced men, this is likely a common instance. Seeing as how statistically, men think about sex at least once an hour, it’s likely that men have encountered the unfortunate circumstance of their lady not wanting sex when they do. Well fellas, the simplest answer is to respect their position. Of course, you could convince yourself that when she’s saying ‘no’, it’s her way of hinting for you to be more aggressive. But, if she’s your lady, you’ll likely know the difference between ‘no’ and ‘NO’.

Something for you to consider it that for women, their perspectives on sex differ. Yes, they indeed want sex. Some would even argue that they want it more than men (to be explored further down below). However, simply having a physical desire will rarely drive a woman to pursue sex, unless you are her man.

Unlike men, women are more likely to require an emotional connection to engage in this activity. Daily encounters, events and circumstances all may contribute to a woman’s mood, also running the risk of affecting her mood with you. While this may be the case for both men and women alike, these things may affect a woman’s hormonal state much differently. These instances of non-concurrence may be a nuisance to your craving, but it’s important to note that much like the nuisance of a woman taking forever to get ready for a date, it will be well worth the wait when it finally does occur.

What do you do if you don’t want sex but your lady does?

Well, there was once a saying: “Happy wife, happy life”. If not blatantly obvious, allow me to explain. The saying implies that if a man were to keep his wife happy, his life would continue on to be much easier.

As far as sex is concerned, while uncommon, there may be moments when you actually don’t want sex and she does. Usually, this may be due to exhaustion, sleeplessness or simply not being in the mood (yes ladies, this is possible, he wasn’t lying to you that night!). This being said, men, you have two options:

a.) Have sex with her even though you aren’t in the mood.

• Cons are that she will very likely detect your unwillingness to have sex with her. If (and when) this occurs, she will certainly be offended that you attempted to give her a ‘pitty fuck’.

b.) Explain that you are not in the mood.

• Pros are that you communicated your feelings to her. She will always appreciate your honesty.

• Cons are that if this happens too often (more than once is defined as too often, realistically) it may concern her that you are no longer physically attracted to her or possibly make her suspicious that you are having sex with another woman. If she’s your woman, she wants to know that you find her sexy. She wants to know that you want to fuck her. The less you have sex with her, the less sexy she may feel. It isn’t your place to rationalize her feelings, but instead to understand them.

As you can see, there is no straightforward answer here. You will have to weigh your options. Good luck, and more importantly, be careful.

Why do women want sex?

As promised, let’s take a moment to explore the female sex drive. Without a fragment of a doubt, women crave sex much more than men. Interestingly enough, while men claim to desire a woman who ‘loves to fuck’, time often proves that once they’ve obtain one, they realize that they may not have fully thought it through. In regards to why women crave sex much more than men, well, it’s actually quite simple. Although there are a select number of women whom can view, engage and categorize sex as just a physical act with no emotional attachment, a majority of women are on the opposing side.

For those opposing women, the emotional element holds precedence. These women’s sex drives may lie dormant until a genuine, sincere emotional connection is established. At that point, their sex drive erupts (literally). So to extinguish the myth, the primary reason why it appears that men want sex more than women is the pursuit. While most men are driven by their basic instincts, most women are exemplary with exercising self-discipline, and successfully managing their sex drive until ready to act on it. Sorry fellas, women are far more competent in this area.

What do you do if you want sex but your man doesn’t?

A common belief is that the woman dictates if, and when, sex will occur. This has been believed to be true for quite some time, often due to men allowing their genitalia to guide their actions. This being said, it’s also believed that men are always ready and willing to get down to business. Contrary to these items, there are times when he just may not be into it.

Of course, you could attempt to seduce him, catering to his weaknesses. In most instances, you will succeed. But for those instances where he simply isn’t aroused and isn’t budging, as frustrating as it may be, accepting defeat may be best suited. For most men, sex is viewed as a physical act between two parties. Men are typically rational in their ways of thinking and doing things. Therefore, they may not completely identify with your perspectives on sex. For them, not being in the mood is a behavioral factor and is logical to happen sometimes. For you, not being in the mood may be perceived as rejection and unwillingness to express your love. Best option is to communicate (more to come on that later).

What do you do if you don’t want sex but your man does?

Most times, women are more likely to encounter this situation. Although men may have their moments of not being in the mood, it’s usually few and far in between, often due to other non-sex related contributory factors. Nonetheless, surveys suggest that during instances of women not wanting sex, it simply won’t happen. Surveys also suggest that there are a percentage of women whom choose to ‘give in’ just to please their man.

Ladies, by all means, you can choose either of the aforementioned items. If you are not in the mood, you can voice it. If you want to give in for his sake, you can do so as well. Remember, giving in is not a horrible decision. Surveys have confirmed that a select few women give in quite often without their man ever being the wiser. While it was certainly advised above that men would be the smart not to give their lady a pitty fuck, men may be more accepting on the receiving end of one. As mentioned before, men are less likely to tie emotions into sex ergo are also less likely to be offended by your pitty fucking.

For a healthy relationship, best practice will always involve communication no matter the subject. While moments of unparalleled desires for sex may arise between you two, if it becomes more than you are copasetic with, a mature discussion should occur. But, brace yourself. This may be a fragile topic as both parties will likely have strong stances. While one may argue that their mate should be willing to appease them, the other may argue that their mate should understand if they aren’t in the mood. What ultimately matters is to understand each other and reaching a happy medium.

Enter your email
Subscribe
Should we forgive? Yes. Should we listen? Of course. Do we have to stay? Absolutely not. Sometimes, suffice it to say, apologies simply aren’t enough. While it’s commendable that one seemingly acknowledges their mistakes, actions, inactions or whatever role they played in a situation-gone bad, doing so does 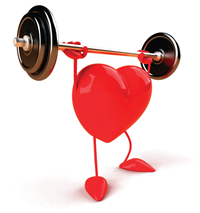