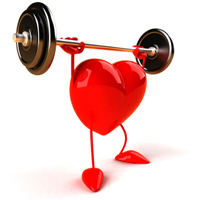 However, is it really necessary to understand women? Do we really want to fully understand EITHER sex? Would it not be better to simply enjoy this unique being labeled 'woman' and just remain grateful to be in her presence?

Well fellas, understanding a woman isn’t necessary. What IS necessary to understand, however, is a woman’s love.

As men, it’s quite easy to let our egos cloud our judgment. So much so that we often confuse being ‘a guy she met at the grocery store’ with the guy whom has her heart.

So, with that being said, today’s lesson will review five of the most common ways to recognize when a woman loves you (not all-inclusive). With any luck, not only will this assist you with better appreciating that woman right in front of you, but this may also better assist you with identifying if/when you just aren’t ‘that guy'.

Men, a woman’s agenda is never-ending. She has shit to do and if she’s independent, she definitely doesn’t have any time to waste. Quite honestly, there’s just never enough time in the day for her to complete all of her tasks. This is especially true if she has children. Therefore, if she has placed you on her priority list, please understand that she indeed gives a damn about you.

Take a moment and think about how you two met. While not always the case, often enough (depending on her whereabouts) women are approached on an hourly basis. What this means is that out of all the men that approach her, pursue her, express interest in her and call/text her, she neglects them all to focus solely on you. She even places some men on her Block list.

Yes, this speaks volumes. In no way is she arrogant nor should she be perceived as such, however, this is a clear sign that she gives a damn. And if she has children and makes an effort to acquire a babysitter to spend time with you, this too is a sign that she gives a damn. While a mother may want a break from her children at times, she will not go through the trouble for just anyone.

She may also go as far as to contact your physician or specialist if/when you are too stubborn to admit that you need to get a check up for that bleeding wound you’ve had for months now.

Gentlemen, if a woman takes time out of her day to locate a medical center, contact the physician and schedule you an appointment, there is a very high likelihood that she loves you. Not only is this a green flag, this is also an obvious sign that you matter to her.

Try to understand her reasoning as well. Yes, by nature, she may be paternal. As a person in general, she may just be concerning with everyone. But, friend or lover, if this type of effort is made, it’s highly recommended that you do more than make a mental note. Just think, she may want you to live a long and healthy life, and most likely, BY HER SIDE. Stay focused.

When a woman truly loves you, she will not allow an entire day (24 hours) to pass without communication.

The psychology here is simple. If you can complete your entire daily routine without hearing from her, it’s hurtful. Reason being, she needs to know that she is a part of your daily routine, just as you are a part of hers.

So yes, she will contact you daily. But beware, ever so often, she may not reach out to you first. (Here’s an added bonus/tip, free of charge: if you haven’t heard from her by 12 o’clock noon, CONTACT…HER. Text message, phone call, email, pigeon with a note but no matter if you’re in a car accident, jail or on fire, dial her damn number. And no, she won’t be testing you just to see if you’ll let a day go by without contactin----okay, yes, it will be a test. Don’t ask questions. Just do it. You’ll thank me later.)

Note, while this is a sign that she loves you, a neglect of contacting you for more than an entire day could also be an indicator that she just isn’t too into you.

A common myth is that women are vulnerable. Well, maybe not a myth entirely but as previously mentioned in other articles, women are actually stronger than men (email me if you’d like to intellectually debate lol). Therefore, the rationale behind why her vulnerability is a sign that she may love you is because regardless of common hearsay or predispositions, women don’t display their emotions to just anyone.

When a woman is really ‘into you’, at one point or another, she will express her feelings. She will make it clear what she wants and that she wants you. Most commonly, both men and women are tied into the undefined ‘grey area’, not quite wishing to settle down or make anything official. In today's society, having no titles has superseded common relationship practice. So clearly, if a woman wishes to solidify your union and conveys her feelings, understand that it took a lot for her to do so. Women are not as fragile as perceived to be and although she’s a lady, she is far from being a damsel in distress. Keep in mind, you’ll know when things have changed because her words will be lessened and her care for you will appear irrelevant. (you’ll miss those days when she talked your ear off about how much she wants to be with you)

Guys, if/when a woman is willing to compromise for the sake of pleasing you, she cares for you a great deal. Why, because she wants you to be happy. This is set to be true on practically every level.

Just ask yourself, have you ever been involved with a woman whom in the beginning explained her sexual boundaries, limitations or restrictions? But later on, after the relationship evolved, she eventually opened up more and may have blushed the words "I can’t believe I’m doin’ this". While I’m confident you’d like to believe your sexual expertise was the cause of bringing the freak out of her, unfortunately, it likely wasn’t the case at all.

When a woman has opened her heart to you, she’ll go to great lengths to please you. Even if it’s something she may not particularly care for (see, told you it wasn’t your sexual expertise lol). What matters to her is making you happy. Of course, she expects reciprocity but love is selfless. Her perspective isn’t necessarily: she’ll do this for you now so that you’ll do that for her later. Instead, her perspective is simple: pleasing her man. Sexually, emotionally, etc.

Gentlemen, women are certainly not fully understood. And while for a long time, we’ve believed that to be a bad thing, her unknown elements can often be the factors that lure us in.

A woman’s love is extremely precious. It will not be attained overnight. It takes time. And no, it’s not something you can work for. It’s something that has to be given and well deserved. The five above items are but a few mentions of possible ways to realize that a woman loves you.

There are many men whom complain about their woman nagging but what they may seem to forget is that a nagging woman is a woman that gives a damn. A quiet woman may be more concerning...

In closing, the absolute best thing that can happen to a man is to experience a woman that loves them, because once you have, it will be that much easier to know when the next woman doesn’t. Food for thought.