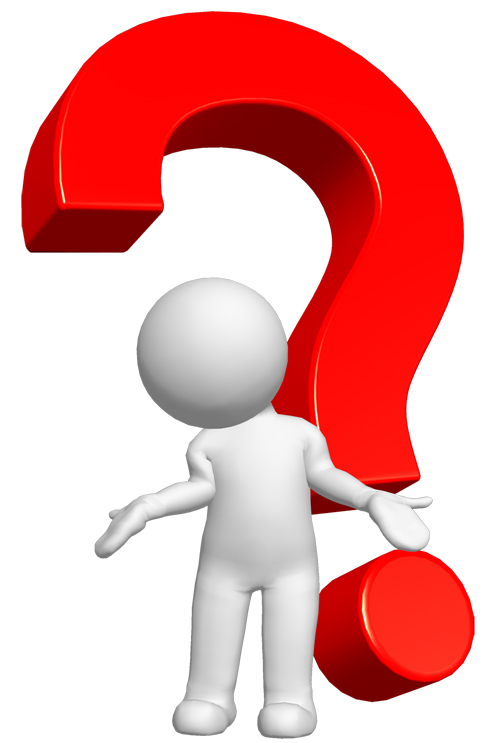 The subject of past relationships can be haunting. Either we’ve made mistakes in our past and are fearful our new mate will judge us from it, or we’ve been hurt so bad that we’re too emotional to discuss it. Regardless, past relationships are a complexity that we all must live with.

While these relationships are certainly in the past and should remain there, it isn’t always as simple as perceived.

There are many situations that unavoidably cause us to come to terms with our past relationships. Sometimes, these situations can have a direct effect on our present relationships and at times, prove to be quite detrimental. So, let’s explore five of the most common situations, ascertain some clarity and increase arsenal for how to properly, appropriately and safely manage these instances.

Scenario: If all went according to plan, you were likely friends with your ex before you two entered a relationship. In some cases, you two may have even grown up together and during puberty, decided to do some exploring with each other. As per usual, growing up together establishes a strong friendship/bond. This typically extends well into adulthood, manifesting into a relationship. So, in light of such, the question is raised as to what happens to that friendship once the relationship has ended.

The short answer: The friendship would never be the same again. Once certain boundaries have been crossed, it’s highly unlikely that things could ever truly revert back to being the way they once were. People, please understand that the term ‘platonic’ was dismissed the moment you two became intimate. Therefore, the relationship between you two graduated from friends, to lovers.

As for the new relationship: Your previous mate is no longer eligible for the Opposite Sex Friends category. They are now considered to be an ex-boyfriend/girlfriend and any interactions with them should be handled with caution and respect.

Family (yours and theirs)

Scenario: Assuming you’ve had a long-term relationship or are incredibly family oriented, more than likely, your family has met your ex before. Even more, your ex’s family has likely met your family too. This practice is not uncommon and is quite the norm, however, once the relationship has ended, the question is always raised whether or not you’re breaking up your ex AND their family.

The short answer: This situation is rough, however, certain factors must be considered. On one hand, you’ve met some nice people and over time, developed a close relationship with them. You’ve met your ex’s parents, grandparents, siblings, etc so yes, they’ve began to ‘grow’ on you.

On the other hand, your relationship with their son/daughter has ended. Now you’re wondering if it’ll be considered rude if you don’t call their mother to check on her as you once did regularly. As big of a pill as this is to swallow, if you’ve broken up with your ex, it includes their family as well. Here’s why…

As for the new relationship: In nearly all cases, it won’t sit too well with your new mate seeing how close you’ve remained with your ex’s family. While they’ll understand, it can still easily be viewed as you subconsciously keeping a piece of your ex in your life. On the flip side of things, if your family and their family continue to maintain contact amongst themselves, you have no dog in that fight and are exempt from responsibility. You do, however, have a stance for yourself.

In circumstances where you aren’t as close to your current mate’s family or have yet to introduce them, proceed with caution. It won’t be long before your new beau becomes suspicious and wonders if you’re using the relationship with your ex’s family as an excuse to keep a connection to your previous relationship.

Scenario: If there’s ever been a time in history where surviving the day wasn’t a guarantee, it’s now. So much happens on a daily basis where wellness checks should be standard. As it relates to ex’s, the question is raised whether or not one should be considerate of their ex’s wellbeing or the well-being of their new relationship. Again, there’s a pretty big pill to swallow here.

The short answer: As benevolent as the reasoning, conducting wellness checks on your ex can be viewed a highly inappropriate. Yes, there were likely very deep emotions involved before so over time, it’s only logical to wonder how they’re doing. But, one must remember that once the relationship ended, as did your responsibility to attend to their care. Wondering thoughts do not necessitate action to be taken. Conducting one wellness check will likely lead to another, and another, until ultimately a meeting is set up to ‘catch up’ with each other. In due time, lines will again be crossed that can cycle the same pattern over and over. This is usually the origin of the redundant relationships that end/begin multiples times over.

As for the new relationship: It’s pretty clear. There should be no reason to reach out to your ex. While wellness checks are innocent, they can be quite disrespectful to your current relationship. Just ask yourself, would you call the dealership to check on the car you traded in for a better model? No, you’d be too busy enjoying the ease of now having a competent, dependable vehicle. Harsh, but same rules apply with people. The umbilical cord has to be cut eventually.

Scenario: For long-term relationships, several milestones will arrive throughout the year. Birthdays, holidays, and various anniversaries are the most common. First dates, first kisses, first day meeting each other, their birthday, the list just goes on. After the relationship ends, the question is raised whether or not to still acknowledge these dates and call, or simply move on with your day.

The short answer: Well, for birthdays and holidays, calling or texting isn’t a necessity. After all, we sometimes wish strangers a happy birthday after sparking a conversation with them while waiting in line at the grocery store. We even wish the passenger sitting beside us on the airplane a happy birthday after a 3-hour flight of meaningless chatter. Therefore it must be permissible to wish your ex a happy birthday right? Well, not exactly.

As for the new relationship: Bear in mind, reaching out to your ex on birthdays and holidays sets the baseline (absolutely no reason anniversaries should be included). Doing so establishes the norm for you two. As the year goes on, it becomes an expectation that they’ll hear from you during Christmas, Thanksgiving and so forth. This practice can endanger your relationship with your new mate. While you easily remember your ex’s birthday, the moment you forget a simple task with your new mate, they may use it as an opportunity to bring up your contacting your ex (i.e. ‘throw it in your face’). If the relationship indeed ended, so did the requirement to seek each other out for these reasons.

Scenario: Unlike the Baby Boomers and Generation X cohorts, Millennial’s have something called Social Media. Previously, when one ended a relationship, it was quite simple to remain cordial when crossing paths because the likelihood of crossing paths was low. Now, with the inclusion of social media, it’s nearly impossible not to hear or see an ex. This, of course, raises the question of whether or not remaining linked via social media is appropriate.

The short answer: Well, as controversial of a topic as this is, the quick answer is no, and yes. Allow me to explain. While you may remain cordial with your ex, remaining linked on social media may prove troublesome. For some, deletion of such connections is their coping mechanism for the failed relationship. For others, life simply goes on without missing a beat, linked or not. Depending on how strong you are, constant reminders of your ex could be influential in an unwelcomed way.

As for the new relationship: Security will ultimately determine the answer for your situation. Your mate may not approve of you commenting or ‘liking’ your ex’s social media postings. While only you and your mate dictate your relationship, social media has been known to ignite feuds between mates, especially with an entire audience viewing every post, every ‘like’ and every comment. Additionally, why remain connected if the relationship has ended? It may be harmless (and sometimes is) but with that being said, determining such things should be discussed at the beginning of the relationship, if deemed necessary.

The above scenarios are but a few of the circumstances involving past relationships and current ones. Every situation and person varies therefore will be contingent on the relationship itself. Nonetheless, guidelines should be set for managing one’s ex(s). And no, establishing guidelines does not imply a lack of trust. Instead, it implies an effort to ensure there are no misunderstandings, misconduct or inappropriate behaviors amongst yourselves.

There are not many reasons to keep in contact with an ex. Unless there were children bred or business ventures lingering, military silence is likely best. Of course, cordiality should always be exercised if/when crossing paths unexpectedly. In as small of a world as we live, at one point or another you will see them again (sorry). How you conduct yourself makes a difference. Failure to act accordingly can easily transition your current mate into your previous. Food for thought.