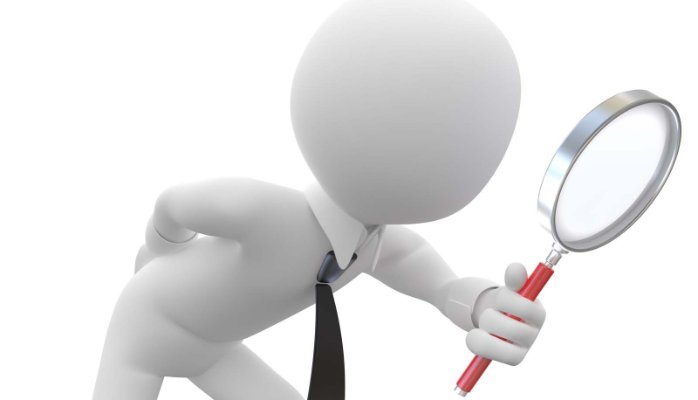 Now that we've successfully graduated from Cheating 101: What is cheating? the time has come to complete the next course and discover exactly 'why' we cheat.

Previously, we reviewed the definitions of cheating, the different types and precisely why each type is considered cheating. Now, we’ll explore five of the most common reasons why people cheat, and hopefully, develop a more effective approach to the problem.

In every way, cheating is a form of betrayal. No matter the case, making the decision to proceed with infidelity can never be justified. Just as there are laws against robbing banks, no matter the reason, if the bank was robbed, then the law was broken. Same logic applies to cheating.

Often times, one makes attempts to support their deceitful actions as a means to avoid taking responsibility for their poor decision-making. As per usual, this may be a controversial subject, so please, proceed with an open mind.

At one point or another, in a relationship, sometimes we arrive at a point where we begin to feel neglected. This can take the form of a lack of affection, time, romance, etc. In short, we feel as though our mate is failing to provide us with a sufficient amount of attention within a specific area. This can occur with either men or women so please, let’s not be biased. At this venue, we sometimes take refuge in an outside party who’s more than willing to accommodate and provide us with the desired attention.

As we may see this neglect as a justifiable reason to stray, it does not support the action of cheating. Yes, our mates may become ‘comfortable’ and the effort/enthusiasm put forth in the beginning may have faded. However, there are several other options to explore to resolve these issues, none of which involve cheating.

What to do: Rather than cheat, communicating with our mate is best practice. In our current society, an individual is viewed as ‘nagging’ if they express dissatisfaction within their relationship. However, the act of conveying their feelings is not only recommended, but absolutely necessary.

When we feel neglected, if we fail to speak up and instead simply decide to accept attention from an outside party, we haven’t afforded our mate the fair opportunity to improve. And if we neglect to take the necessary steps to aid our relationship, the question could easily be raised of whether or not we actually wanted the relationship to succeed in the first place. So, if we want the relationship to improve, communication is warranted.

More and more often, we may find ourselves in a position where we feel sexually displeased. Whether it’s because of our mate’s physique, lack of experience, poor skill/technique or closed mindedness, we’re simply dissatisfied in the bedroom. This field may not apply to everyone, but for many of us, sex is a crucial element in relationships and can very well be a ‘deal breaker’.

What to do: Although communication is key in every relationship, this one is tricky. Rather than communicate with our mate, we must each ask themselves one question: How important is sex to me? Sex itself is an action. It’s an applied skill. While our mate’s physique cannot simply be changed and adjusted, the skill of sex can definitely be exercised and improved. So, depending on how relevant sex is to us will determine how patient we’re willing to be to take steps to help our mate with improving their skillset.

Instead of cheating on our mate, we can teach them, show them and help them. There are many options available, ranging from YouTube videos, books, articles etc. Yes, our mate would have to be open to constructive criticism and be receptive to it, however, choosing this path will best serve our conscience later and avoid the pain that’s associated with infidelity. Fun fact, studies and surveys have shown that open communication is the cornerstone of some of the most healthiest, intense sex lives. Food for thought.

Simply put, in every relationship, statistics have proven that one mate cares a percentage less that the other. What this implies is that the mate whom cares more is likely to put forth more of an effort and go the extra mile. Once this occurs, the mate who did more will soon begin to feel unappreciated due to a lack of reciprocity from their mate. While being taken for granted is not a fair form of treatment, still, it fails to condone cheating.

What to do: As insensitive as it may appear, going the extra mile for someone who refuses to do the same can be viewed as foolish. If our mate neglects to reciprocate the same values and efforts as we do, a conscious decision must be made as to whether or not we wish to continue proceeding down the same path or if an adjustment must be made. Nevertheless, exploring options outside of our relationship will seldom yield positive results and often create more calamities.

Sadly, deceit has become the standard for relationships. So much so, that one typically maintains multiple lovers (‘side pieces’) due to a preconceived notion that a man/woman “can and will” cheat. For most individuals, this belief has evolved from a simple possibility to an absolute certainty. Of course, the irony is that when one chooses to act out of spite, it only contributes to the very belief that caused them to stray to begin with. In summary, most are convinced that it’s only a matter of time before their mate cheats, so, they cheat as well.

Another root cause of this is the emotional damage one may have endured in previous relationships. No matter the case, allowing someone else to suffer for what another individual enacted is not only unfair, but also irrational.

What to do: If one has deeply rooted trust issues, it would likely serve them best not to involve themselves in a relationship at all. Albeit their previous mate may have cheated, it doesn’t constitute acting in the same manner for an innocent individual in your next relationship. One would likely be better suited to openly discuss other noncommittal options with the other party instead of agreeing upon relationship terms and conditions which all involve commitment as a requirement.

In love with someone else

Most commonly stated, yes, love is blind. And often enough, sometimes we may find ourselves in positions where we’re in love with someone other than our mate. When this occurs, rather than act on the emotion, we must exercise self-discipline and take specific steps to resolve the issue.

What to do: If in love with someone else while in a relationship, it may be best to stop everything, re-evaluate our position and decide which direction is best. First, determine why we’re in love with the other party. Second, determine if we’re simply infatuated or truly in love. Finally, ask ourselves why we aren’t in love with our current mate instead (this may be most helpful).

Obviously, these are only five of the most common ‘reasons’ people choose to cheat. In reality, there is no such thing as a justifiable reason for cheating. Yes, there is a cause for every effect, however, the ‘effect’ is a chosen action by its initiator (us). No other person can be blamed for what we as adults chose to do.

In a relationship, there are rules. There are pre-established guidelines. If the time should arise where an individual is incapable of withstanding and abiding by those rules, detaching themselves is the most appropriate action to be taken.

Now that we’ve acknowledged the many forms of cheating and a few of the reasons people commit the harsh act, adjusting our perspectives and acting accordingly is all the remains. This trend has existed for much too long, however, we each have the capability to make the difference. No one is stopping us but: ourselves.

Of course, there’s an x-factor. The ugly truth is, there isn’t always a reason behind infidelity. Nor is there a guaranteed method to avoid it. At times, we can be the perfect mate and still find ourselves encountering an unfaithful one. Nonetheless, while we’re unable to dictate another individual’s actions, we have 100% influence over our own.